Professor Danny Eckert has been actively involved in human sleep and respiratory physiology research since 2001. In 2006, he completed his PhD at the University of Adelaide, based at the Adelaide Institute for Sleep Health. He was awarded the Thoracic Society of Australia and New Zealand Allen and Hanburys Respiratory Research Fellowship, followed by an NHMRC CJ Martin Fellowship to pursue postdoctoral studies.

After three years of postdoctoral training at the Brigham and Women’s Hospital, Harvard Medical School, he was promoted to Faculty as Assistant Professor. In late 2011 Assoc Prof Eckert returned to Australia to establish a comprehensive sleep and respiratory physiology research program at NeuRA. His dedicated team continues to advance knowledge into the causes of sleep apnoea and develop new treatments. He currently serves on the board of the Australasian Sleep Association, the peak profession body and is Chair of the Research Committee. 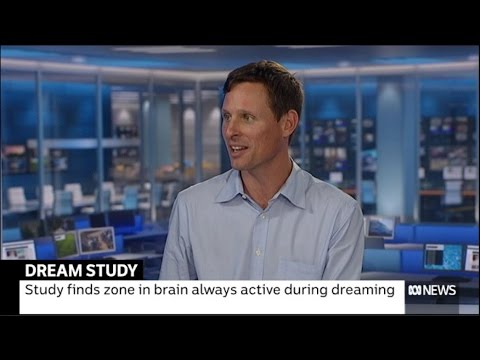 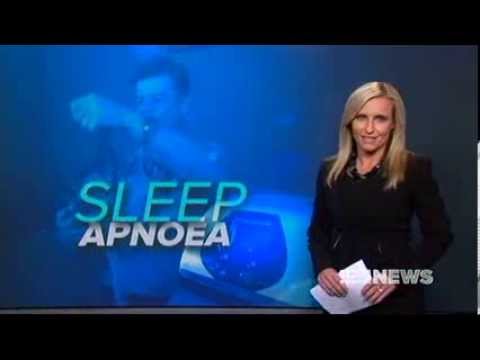 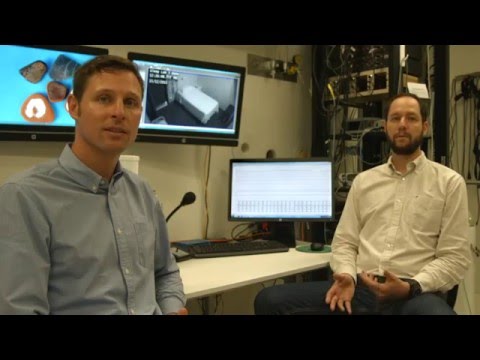 Sleep is controlled by the brain and is essential for human life. Impaired sleep adversely affects every organ in the body. Obstructive sleep apnoea is the most common sleep-related breathing disorder affecting over 1 million Australians. Obstructive sleep apnoea is characterised by narrowing and closure of the upper airway during sleep, leading to reduced oxygen levels and disrupted sleep. Untreated sleep apnoea is associated with major co-morbidities, including neurocognitive impairment, motor venhical accidents and injury and increased risk for cardiovascular disease. In addition to more broad sleep physiology interests, the key focus of our sleep research program at NeuRA is to investigate the multiple causes of sleep apnoea and develop and test new, targeted therapeutic approaches for individual patients. We run a comprehensive basic sciences and translational research program in our world class sleep research facilities here at NeuRA. We use a variety of neurophysiological techniques to study human upper airway muscle function and airway mechanics during wakefulness and sleep and other key mechanisms contributing to sleep apnoea. We also conduct clinical trials to test the utility of new targeted treatments for patients with sleep apnoea.

To determine the effects of the nonbenzodiazepine sedative zopiclone on the threshold to arousal with increasing respiratory effort and genioglossus muscle activity and to examine potential physiological factors mediating disparate effects of zopiclone on obstructive sleep apnea (OSA) severity between patients. In a group of patients with predominantly severe OSA, zopiclone increased the arousal threshold without reducing genioglossus muscle activity or its responsiveness to negative pharyngeal pressure. These properties may be beneficial in some patients with OSA with certain pathophysiological characteristics but may worsen hypoxemia in others.

Mechanisms contributing to the response of upper-airway muscles to changes in airway pressure.

This study assessed the effects of inhaled lignocaine to reduce upper airway surface mechanoreceptor activity on 1) basal genioglossus and tensor palatini EMG, 2) genioglossus reflex responses to large pulses (∼10 cmH2O) of negative airway pressure, and 3) upper airway collapsibility in 15 awake individuals. Genioglossus and tensor palatini muscle EMG and airway pressures were recorded during quiet nasal breathing and during brief pulses (250 ms) of negative upper-airway pressure. Lignocaine reduced peak inspiratory (5.6 ± 1.5 vs. 3.8 ± 1.1% maximum; mean ± SE, P < 0.01) and tonic (2.8 ± 0.8 vs. 2.1 ± 0.7% maximum; P < 0.05) genioglossus EMG during quiet breathing but had no effect on tensor palatini EMG (5.0 ± 0.8 vs. 5.0 ± 0.5% maximum; P = 0.97). Genioglossus reflex excitation to negative pressure pulses decreased after anesthesia (60.9 ± 20.7 vs. 23.6 ± 5.2 μV; P < 0.05), but not when expressed as a percentage of the immediate prestimulus baseline. Reflex excitation was closely related to the change in baseline EMG following lignocaine (r(2) = 0.98). A short-latency genioglossus reflex to rapid increases from negative to atmospheric pressure was also observed. The upper airway collapsibility index (%difference) between nadir choanal and epiglottic pressure increased after lignocaine (17.8 ± 3.7 vs. 28.8 ± 7.5%; P < 0.05). These findings indicate that surface receptors modulate genioglossus but not tensor palatini activity during quiet breathing. However, removal of input from surface mechanoreceptors has minimal effect on genioglossus reflex responses to large (∼10 cmH2O), sudden changes in airway pressure. Changes in pressure rather than negative pressure per se can elicit genioglossus reflex responses. These findings challenge previous views and have important implications for upper airway muscle control.

Eckert DJ, White DP, Jordan AS, Malhotra A, Wellman A

To define carefully the proportion of key anatomic and nonanatomic contributions in a relatively large cohort of patients with OSA and control subjects to identify pathophysiologic targets for future novel therapies for OSA. This study confirms that OSA is a heterogeneous disorder. Although Pcrit-anatomy is an important determinant, abnormalities in nonanatomic traits are also present in most patients with OSA.

View all publications
We use cookies on our website to give you the most relevant experience by remembering your preferences and repeat visits. By clicking “Accept”, you consent to the use of ALL the cookies. However you may visit Cookie Settings to control your level of consent.
Cookie settingsACCEPT
Manage consent

This website uses cookies to improve your experience while you navigate through the website. Out of these cookies, the cookies that are categorized as necessary are stored on your browser as they are essential for the working of basic functionalities of the website. We also use third-party cookies that help us analyze and understand how you use this website. These cookies will be stored in your browser only with your consent. You also have the option to opt-out of these cookies. But opting out of some of these cookies may have an effect on your browsing experience.
Necessary Always Enabled
Necessary cookies are absolutely essential for the website to function properly. These cookies ensure basic functionalities and security features of the website, anonymously.
Functional
Functional cookies help to perform certain functionalities like sharing the content of the website on social media platforms, collect feedbacks, and other third-party features.
Analytics
Analytical cookies are used to understand how visitors interact with the website. These cookies help provide information on metrics the number of visitors, bounce rate, traffic source, etc.
Advertisement
Advertisement cookies are used to provide visitors with relevant ads and marketing campaigns. These cookies track visitors across websites and collect information to provide customized ads.
Others
Other uncategorized cookies are those that are being analyzed and have not been classified into a category as yet.
Save & Accept